Twice I’ve seen Beach Boys’ legend Brian Wilson perform and twice I’ve had some kind of out of body experience. The first was at T in the Park when my pal and I became great friends with a hippy couple for the whole of his set.

We swayed around the dark tent holding on to each other, listening to Good Vibrations. It’s testament to the gig that I wrote a note in my diary when the Pope visited Glasgow in 2010.
“It’s quite unbelievable to see how many people worship the Pope,” I wrote.
“To those people it’s like how I felt at the Beach Boys, sorry, Brian Wilson, at TITP concert. That was spiritual.”

The second time was the Pet Sounds 50th anniversary tour in Glasgow. Glasgow to me is the spiritual home of gigs, of live music, of guaranteed good times. I watched Brian Wilson there with my friend, a music critic, who was reviewing the gig at the time. This was 2016 when Wilson’s health had become worse and at times his bandmate Al Jardine was clearly holding the gig together.

Don’t Worry Baby still makes me want to cry. A song about a guy needing comfort before a car race! It sounds even better live. Sloop John B still reminds me of my dad, who always used to sing it when my sister and I were kids. During the seated gig my friend commented on my “1960s dancing” – a sign that I was experiencing pure joy. There was no way I was sitting still.

That gig was at the Royal Concert Hall but my ultimate favourite venue is the Barras. Sounds like a cliché, everyone says that. There’s a good reason for it, though. The entry to the East End of the city, just past Glasgow Cross is frozen in time. Apart from one or two trendy coffee shops and a bit of green space that happily replaced a nasty, neglected site, the area has barely changed in decades.

At the Gallowgate the smell of fat from the chippers (or chippys if you’re not Aberdonian) hangs thick in the air and the smell gets stronger as you approach the glitzy fairground-style lights of the Barrowland Ballroom. The stairs that lead up to the hall look like they haven’t been touched in 50 years. The burnt red coloured stars and squares spread across the roof also give the impression that it could still be 1950. 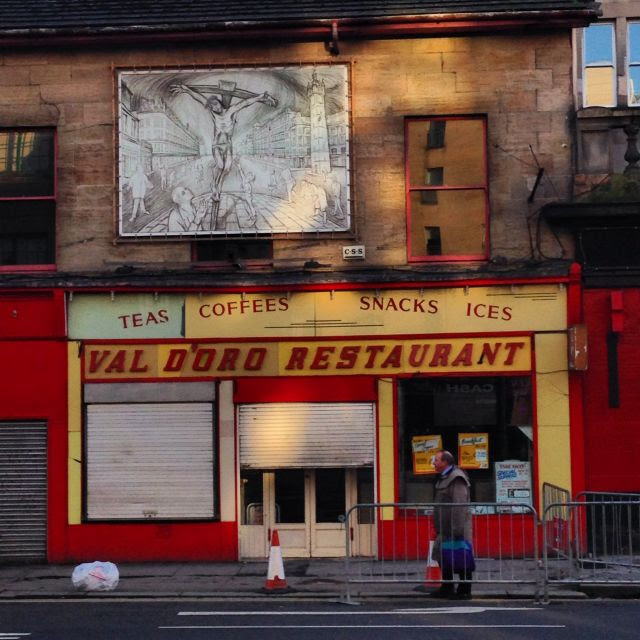 The entry to the East End of Glasgow, near my old flat
There’s a makeshift bar selling plastic cups filled with beer or cider at one side of the venue. On the other side there’s a small bar, which you’re guaranteed to arrive at covered in sweat from making your way through the packed crowd. (I don’t know what it is about cider but every time I drink it I seem to turn into a jolly red-faced farmer who’s ditched their cows for the day and got drunk in the hay bales. Basically, few things make me happier than being tipsy on pints of cider.) Don’t expect to leave the venue clean – you’ll be dripping in sweat, covered in alcohol and probably smelling of cigarettes. 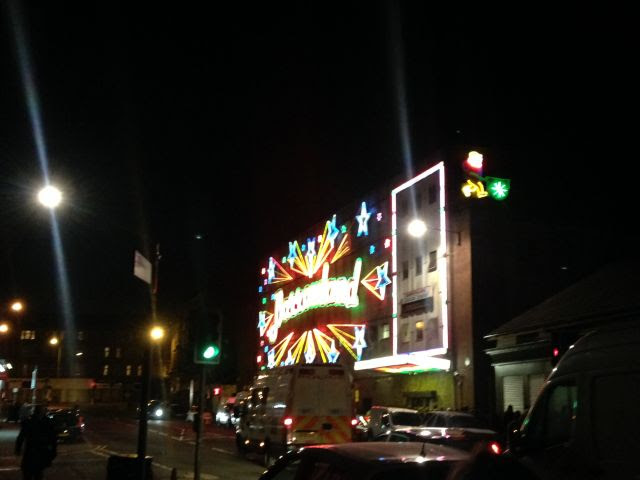 The bright lights of the Barrowlands on the Gallowgate. Police vans are a common sight there
Everyone has their own experience there, the Barras caters for all. I’ve seen the Pixies, the Libertines, Teenage Fanclub, Arcade Fire, the Manics. New Young Pony Club and CSS (see the New Rave movement circa 2007) to name a few. There’s also a roller-skate night, which I previewed for the Evening Times but regrettably never managed to attend. Rollerskating on that bouncy dance floor under that sea of stars sounds like heaven. 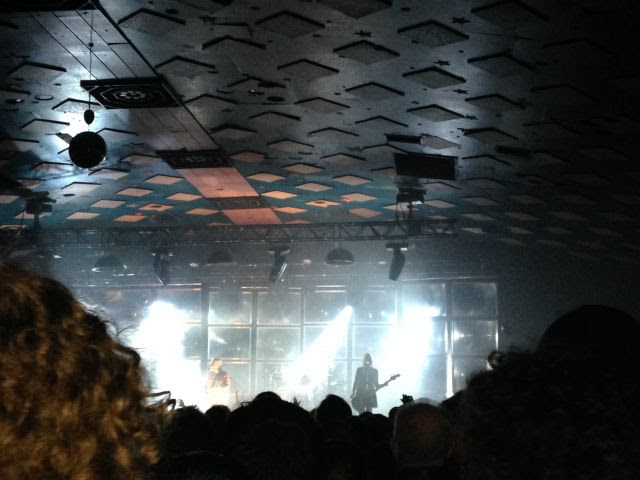 ***Here’s an experience in Glasgow which sums up why I love the city’s gig scene so much:

In 2007 a group of us split up into a few different cars and drove from Aberdeen to Glasgow to see Wakefield indie babes the Cribs at music venue, King Tut’s. We were in our early 20s and our lives revolved around discovering new bands, listening to music and going to gigs. I once made a pilgrimage to Preston to watch the View. Preston! The View! I know.

When we arrived in Glasgow it was raining (obviously) and it kept getting heavier. Disaster struck when King Tut’s flooded. We thought the gig was off but we were told the event was moving to a pub down the road called the Admiral. We shuffled down the road to the bar, near Central Station, and packed into the tiny venue. It was way too small for the King Tut’s sized crowd.

The Cribs – a band that makes me think of house parties, mixing drinks and surfing down stairs on an ironing board (an ouch moment for all involved) – set up on a pretend stage and began thrashing their guitars.
Minutes later the gig was stopped by Gary Jarman, one of the brothers in the band, who was worried about the crowd trampling on each other because it was so wild.

The music stopped. Everyone feared the gig was off but after some minutes, someone had the idea for the audience to sit down. So we all sat down!  Most people were cross-legged. And there we were, sitting down, swaying on the ground listening to indie rock.

It was bizarre but also a gorgeous gig experience that sticks in my head.

Adapted from my newsletter, on the road with eu, published on September 8